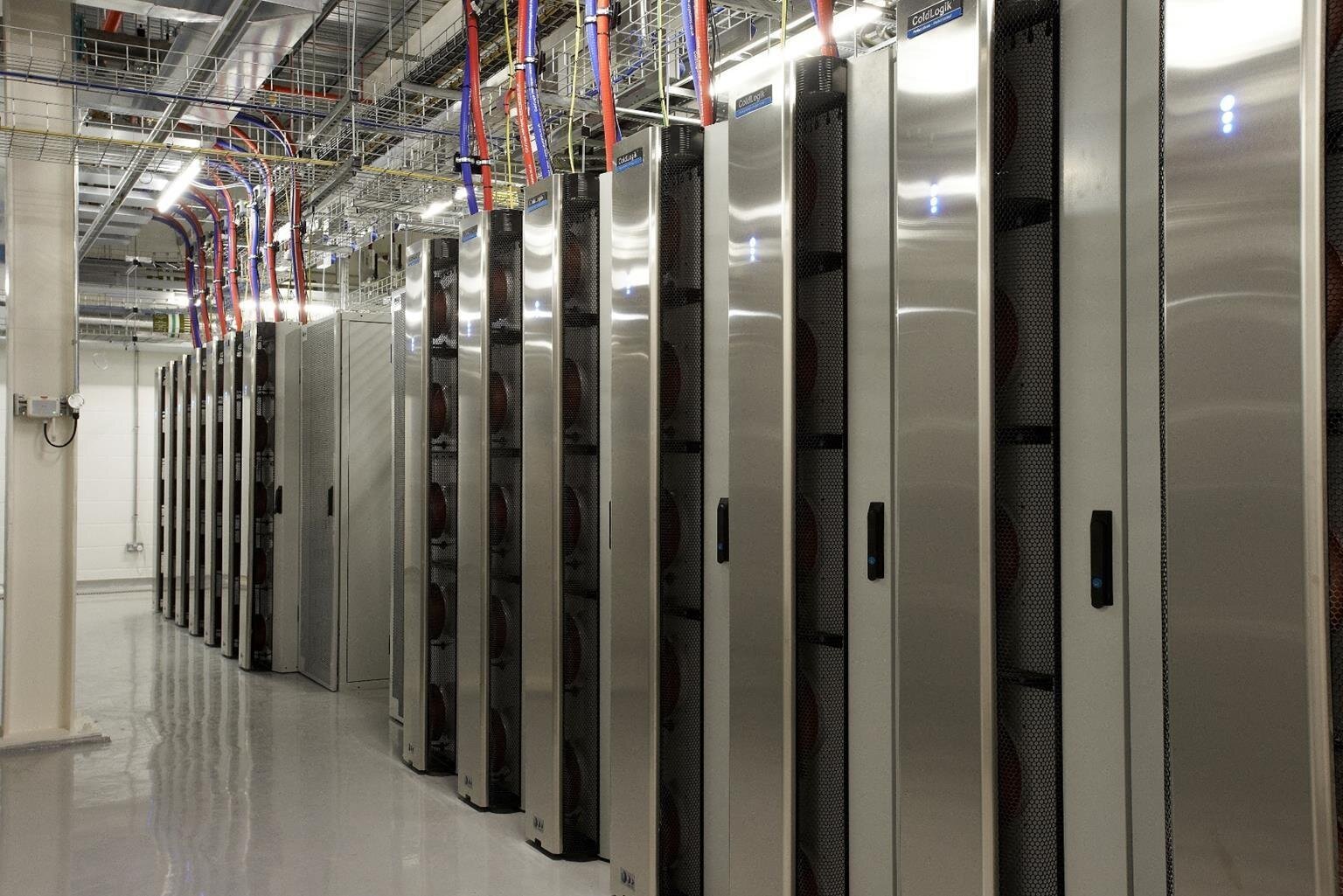 From a technical perspective:  At over 1000x more effective than air, water is one of the best mediums for high density cooling.  In the 1960’s IBM used water to cool its System 36 Mainframe. By the mid 70’s with the development of low power microchips coupled with ‘new technology air conditioning systems’, air cooling soon became the norm – essentially the heat produced by the electronics could easily be dissipated with a cheap fan blowing/extracting air.  In recent years however, due to the ever-increasing demand on computing power, and thus high heat loads, water is seeing a return.

From a GREEN perspective: Summed up very easily, water is a natural planet friendly product.  Used within a considered and well designed cooling system, there is no need whatsoever for the use of any planet harmful refrigerants or power hungry chillers;  the water itself does the job.  Secondary, the heat removed from the source can be channelled to warm offices.

The main project is to provide cooling for up to 35 racks at an average of 10kw per rack using just water.  First phase began early 2020 and saw the dig of the lake and install of its triple liner, along with drilling of a bore hole and installation of guttering for the purpose of souring water to fill and maintain the lake level.

Phase two will see the submersion of the heat exchangers (initial 4 x 100kw stainless steel units) into the lake and the build of a pump house for distributing the water from the lake to the water-cooled data racks.  2 further 100kw units will be added Q4 2022